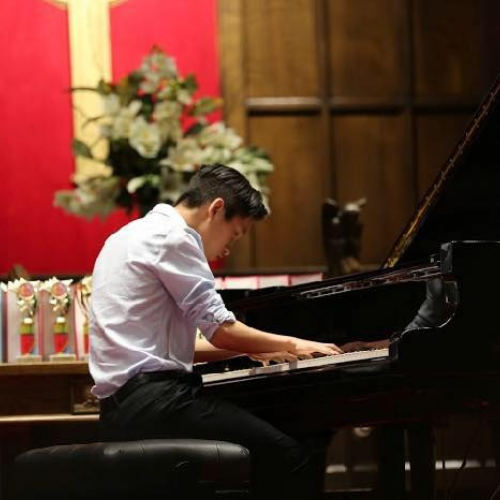 For Jack, music has always been a big part of his life, as he has been playing the violin at the age of 6 and piano at 7. Since then, Jack has gone on to win numerous awards- among them the Gold Medal from the Royal Conservatory of Music for receiving the highest exam mark in Ontario for Grade 10 piano, and a 94 on his ARCT exam in Piano Performance. He has also won several national competitions, such as the Canadian Music Competition (CMC) and the Federation of Canadian Music Festivals (FCMF).

Jack has performed with orchestras in Italy and Toronto, and has performed solo in New York City and across Canada in Calgary and Saskatchewan. Jack was the concertmaster of the Etobicoke School of the Arts Symphony Orchestra, and was a piano accompanist at the National Ballet of Canada’s In Studio program.

Jack has performed for and received masterclasses from world-renowned pianists such as Julian Martin, Dmitry Masleev, Antonio Pompa-Baldi, Eduardo Delgado, and Carl Peterson. He was also awarded a scholarship to take part in the 2021 Texas State International Piano Festival. Jack is an active member of the local community, and takes pride in the work he does as the President of the University of Toronto’s Community Outreach Initiative, and as an Events Director of the University of Toronto’s Faculty of Music Anti-Racism Alliance.